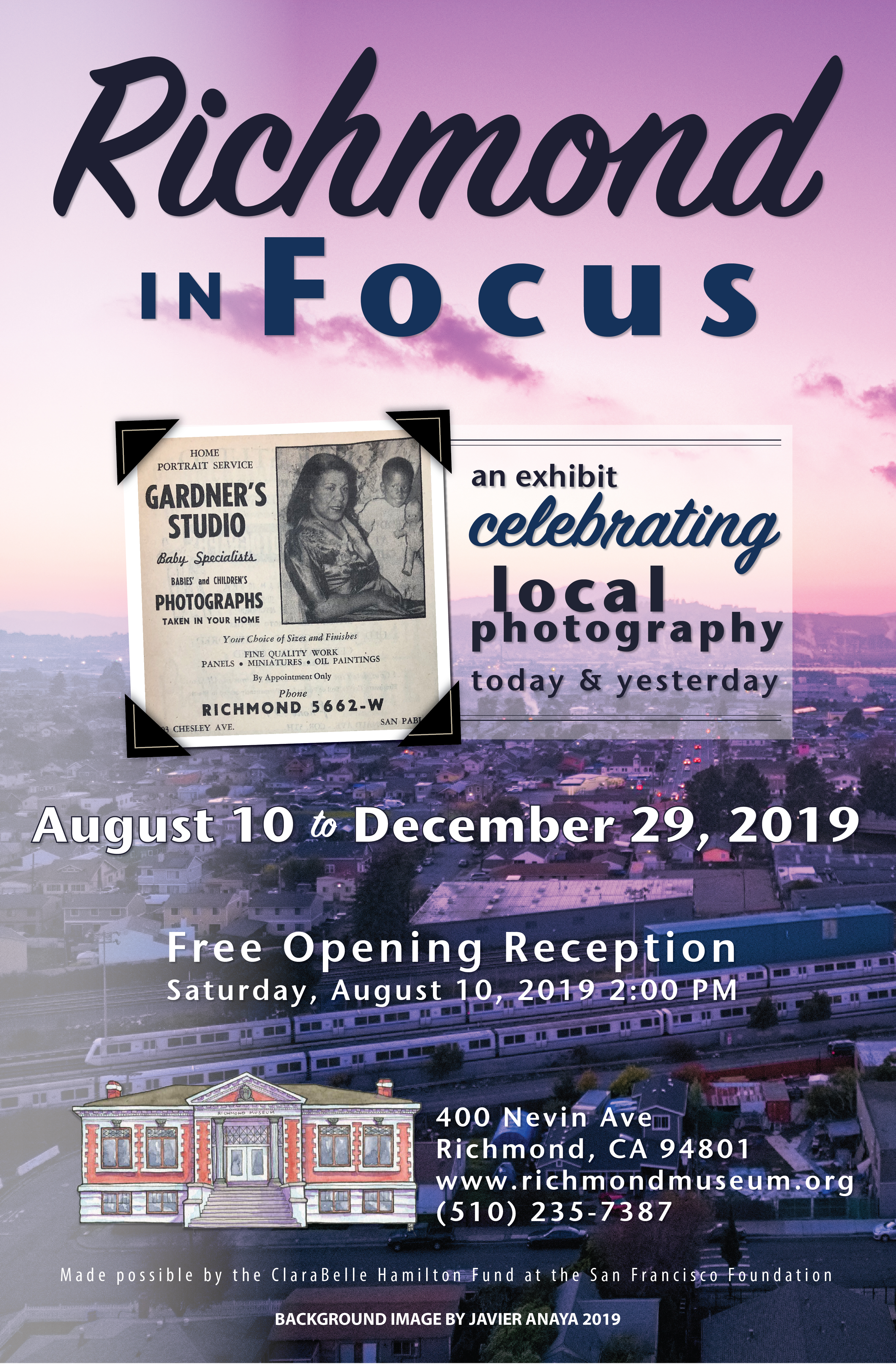 Join us for a free opening reception of the exhibit celebrating photography in Richmond!

Institute for Historical Study: Talk and Tour at the Richmond Museum of History

On Sunday, May 19, 2019 at 2 pm Prof. Oliver B. Pollack will give a talk and a tour of the exhibit: Pioneers to the Present, The Jews of Richmond and Contra Costa County.

An exert from Prof. Pollack:

“Get involved. That was my mantra when I arrived in Richmond in November 2016. Use the skills and tactics developed during 42 years in Nebraska in the Bay Area. Voila, two years later ?Pioneers to the Present, The Jews of Richmond and Contra Costa County? opened at the Richmond Museum of History. How often do you hear it, I didn?t know there were Jews in Nebraska or Richmond. Jews as an ethnic group, a religious minority, as self-identification, affiliated and non-affiliated, assimilated, or melded into the larger amorphous community are everywhere, especially in urban, suburban university locales.”