John signed up for selective service in 1942 boldly writing in ?Mexican? as race on his draft card. John enlisted in the United States Army Air Corps in February 4, 1943.? John was assigned to the 551st Bomb Squadron, 385th Bomber Group, trained as a radio operator and stationed at RAF Great Ashfield in Suffolk England.?

Heroically, John continued to make distress calls as the plane went down with no regard for his own safety. John was still making distress calls when the air craft crashed into the open water and sunk in the English Channel. John assisted the wounded to escape only to sink with the plane and he was killed in action. John?s unselfish and gallant actions saved the lives of four crew members who were quickly rescued from the water. 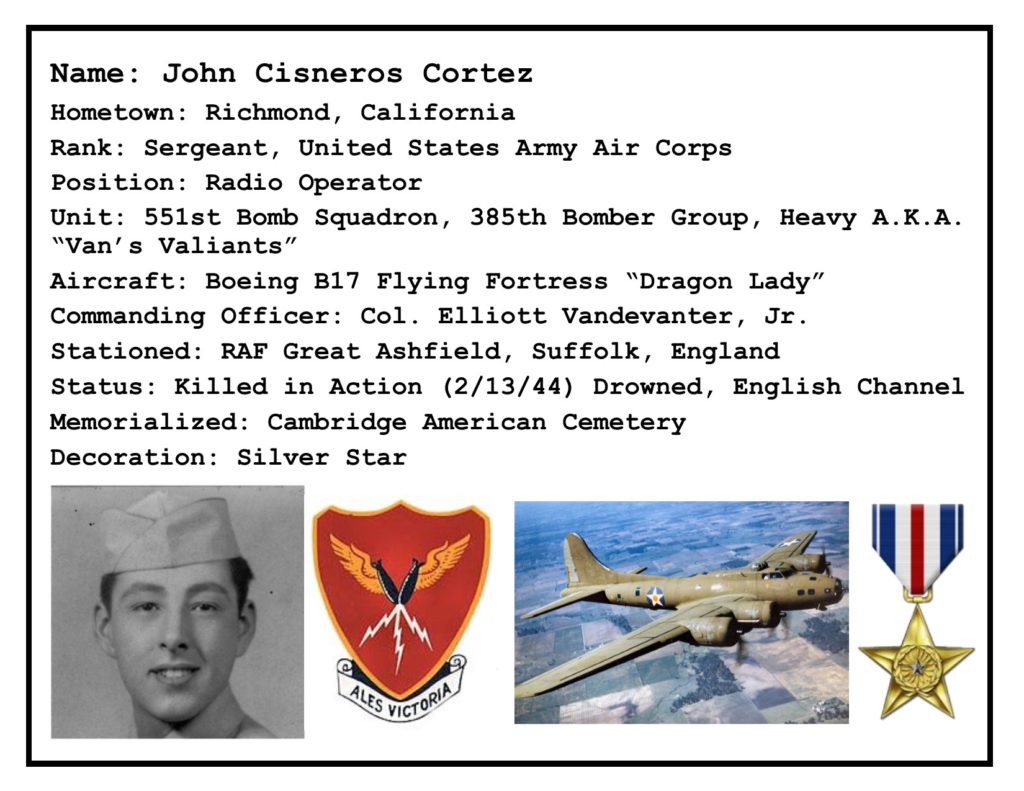 A Community Altar will be available for any of those who are interested in leaving a photograph. 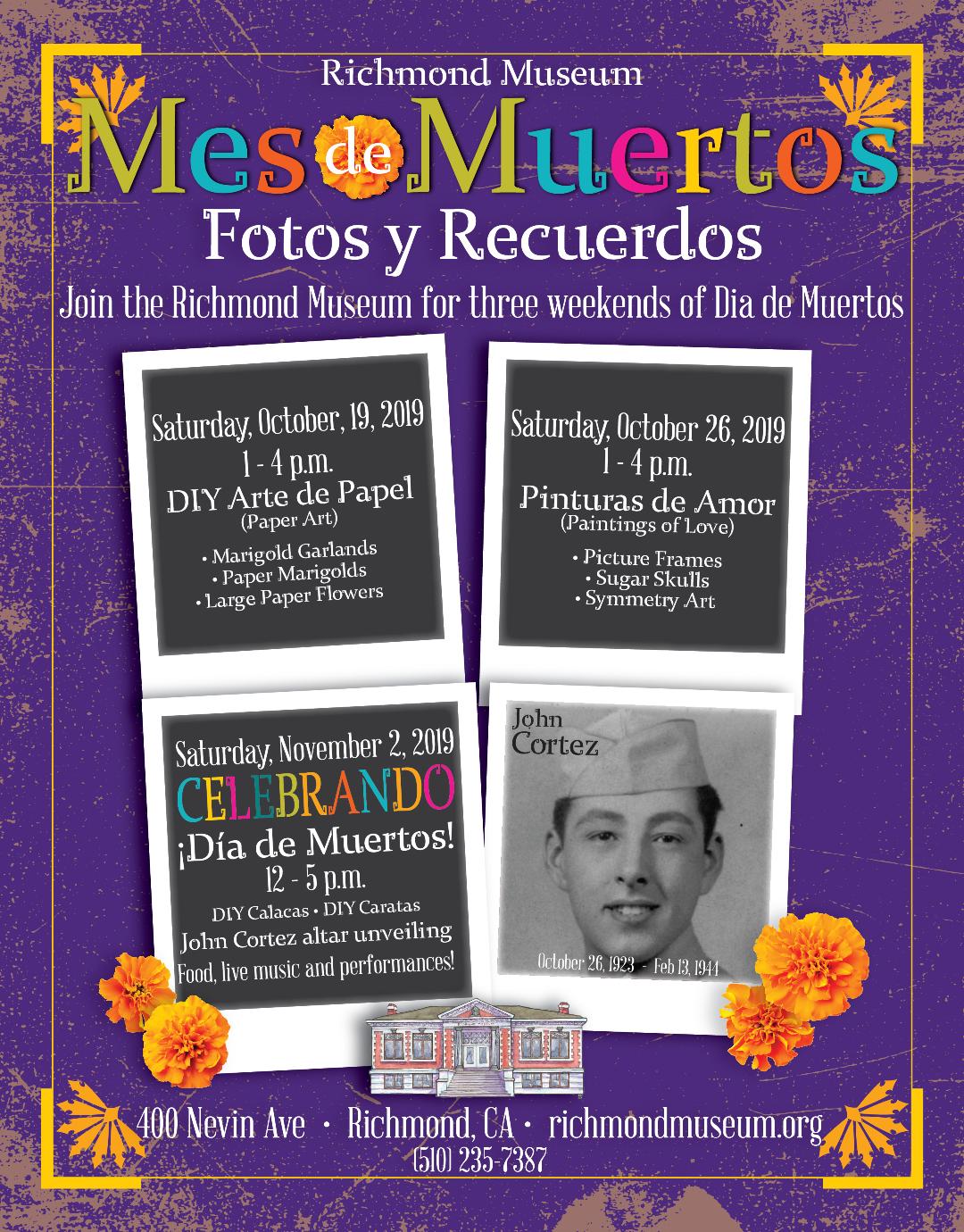 Mes de Muertos: Pinturas de Amor
On our second day of preparations, we focus on painting projects!
?
Projects*:
— Picture Frames
— Sugar Skulls
— Symmetry Art
?
*While Supplies Last
?
A Community Altar will be available for any of those who are interested in leaving a photograph.
?
RSVP HERE
?
SHARE THIS WITH YOUR FRIENDS!

Join us on our first day of preparations leading up to Dia de Muertos! On this day, we focus on paper art decorations.
?
Paper Art*:
— Paper Marigolds
— Marigold Garlands
— Large Paper Flowers
*While Supplies Last
?
A Community Altar will be available for any of those who are interested in leaving a photograph.
?
RSVP HERE
?
SHARE THIS WITH YOUR FRIENDS!