The mission of the Richmond Museum of History & Culture (RMHC) is to interpret, preserve and educate about local history in the greater Richmond, CA area. The Museum is housed in a Carnegie Library and owns a significant collection of historical material and documents related to local history. The permanent collection was established in 1950 and is comprised of a variety of materials including textiles, fine art, archaeological collections, historical artifacts, documents, photographs.

The RMHC was awarded funds through the Economic and Community Investment Agreement program to support the museum education program focused on local K-12 classrooms. In response to the COVID 19 epidemic the museum will develop a distance learning program with educational films and virtual tours of the museum exhibits.

The Museum Educator(s) will be responsible for several tasks related to the distance education program including: collaborate with staff and videographer to create short educational films, refining the existing teachers guide, coordinating and implementing virtual field trips, conducting evaluations for students and teachers. The Community Engagement Manager is the lead on this project and the educator position reports directly to them.

The position pays $15-$18 hourly and is 10-20 hours per week depending on teacher demand. The position lasts through the end of school year in June 2021. Successful candidate must pass a background check.

To apply please send a letter of interest, resume and three references in pdf format to Evelyn Santos Community Engagement Manager at Evelyn@richmondmuseum.org. Applications will be accepted until 5:00 PM on Friday August 7, 2020.

It?s been a long journey for renowned artist Victor Arnautoff?s mural, Richmond Industrial City. The eye-catching mural, commissioned by the United States Treasury Section, hung in the Richmond Post office from 1941 until 1976 when it was taken down due to remodeling. Decades passed; the crate it was stored in went missing; and mural was eventually declared lost. Until a city custodial employee found it in 2014 in an unlit closet in the basement of the same Post Office.

Since then, Richmond Museum of History and Culture Director Melinda McCrary has worked tirelessly to raise funds to restore the mural. Those efforts are about to come to fruition with major help from Scott Haskins, Art Conservator and Author, and his team at Fine Art Conservation Laboratories. The mural has been with Haskins in Goleta, California since May 2020.

Haskins and his team were trained in Italy and have decades of experience restoring treasured art work. He?s careful to point out that they are not artists and they don?t do anything creative. What they do is painstaking labor that requires some detective work to determine what materials were used in the original art. And it is all done with a long term goal in mind.

?The art conservation process involves knowing what materials were used and how they react to the environment. When a paint company tells you this is their best quality of paint, they mean it will last 10 years. We think in terms of generations, a century. Everything we do has a long term process in mind,? says Haskins. He points out that the government?s goal in funding art like Arnautoff?s was to establish a legacy. ?It was meant to be the artistic imprint on our community,? he says.

While art restoration might make one think the restorers are painting over something, Haskins says they don?t even have oil paint in their laboratory. Instead they work with special paint that is made for art conservation that can be removed easily without damaging the original. They use cotton swabs and work with one color, one spot at a time. They are touching it up using a very small brush with just a few hairs, one dot of color at time. Then they apply varnish first with a brush and then a spray gun.

Haskins says the Richmond mural visually looks to be in good condition but ?the drama and the traumatic effect of taking it off the wall has taken its toll.? Especially because the glue used in those days is rock hard. And the mural needs to be cleaned. ?We?re looking to have zero impact on causing stress. We have to stabilize the painting from past stress,? he says.

Richmond?s Arnautoff mural presented interesting challenges. Haskins says that around World War II, there were many new inventions and the war prompted new technology: paints and varnishes, glues, resins, and paint for battle ships. Since war
needs got priority, Haskins said, ?If artists found a spare can of paint around, they used it. When we get into it, we don?t discount the fact that he could have done something different. We are hyper vigilant.?

Haskins shares Melinda McCrary?s commitment to preserving the mural, ?The idea of preserving our heritage and understanding our legacy is very important to the community,? he says ?Richmond doesn?t have a famous cathedral but we do have things that prompt our memory. People tell stories that perpetuate the valor and importance of the times. And this mural has a completely different effect than a picture in a book. It?s a panoramic mega view.?

Restoration of Richmond an Industrial City should be completed by September 2020. In the meantime, residents can see how many Richmond landmarks from the mural they can identify in the museum?s Trivia Game at www.richmondmuseum.org/mural. And Scott Haskins will take interested supporters inside his laboratory to see how the restoration is coming along. Donations to defray the cost of the restoration are welcome. More details at richmondmuseum.org or by email at melinda@richmondmuseum.org. # # # 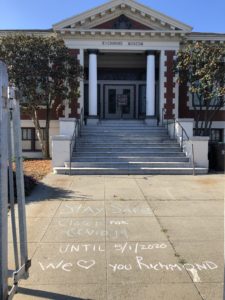 We hope you enjoy this most recent issue of the MIRROR newsletter. Thanks so much for the entire newsletter team for coming together to publish this issue during the COVID-19 pandemic.

The Museum and Ship both remain closed to the public to adhere to the shelter in place order. Thanks to everyone who has stayed home.? California is flattening the curve! 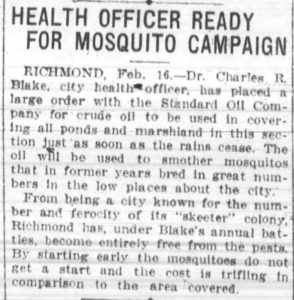 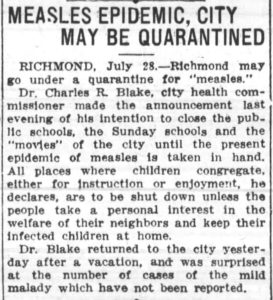 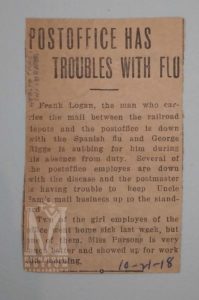 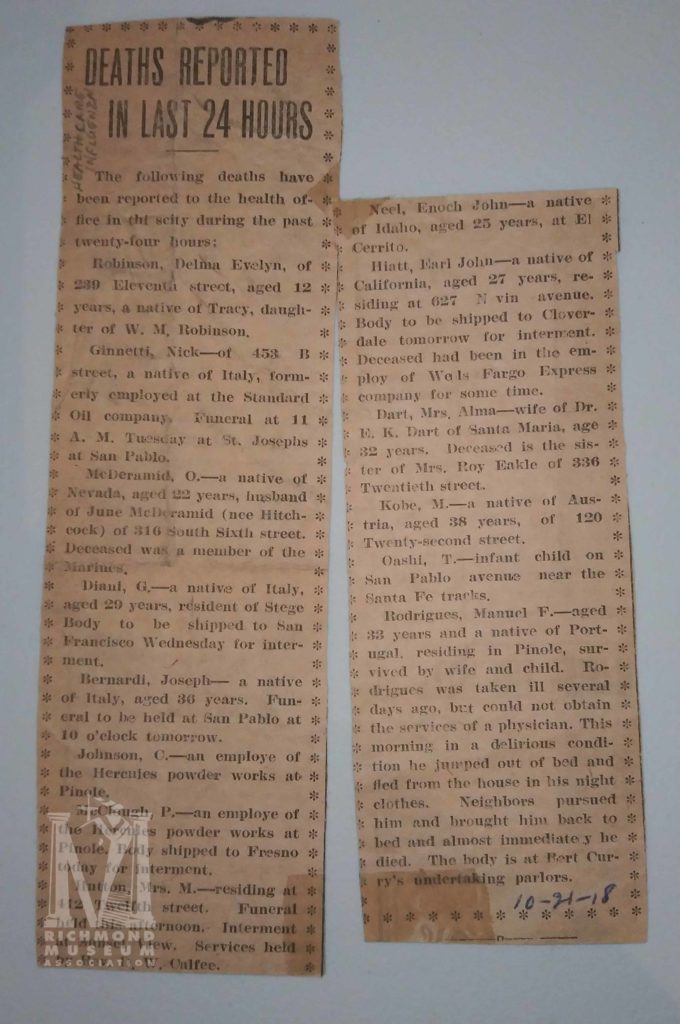 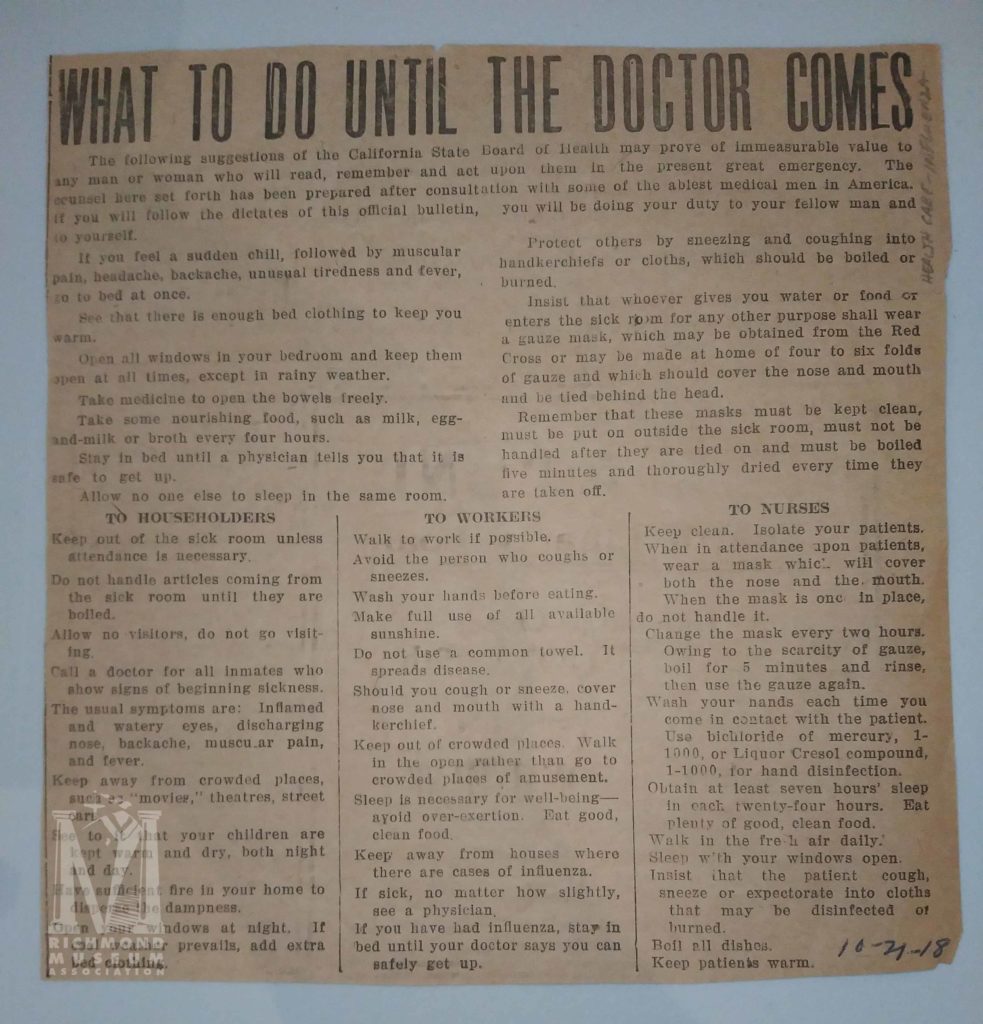