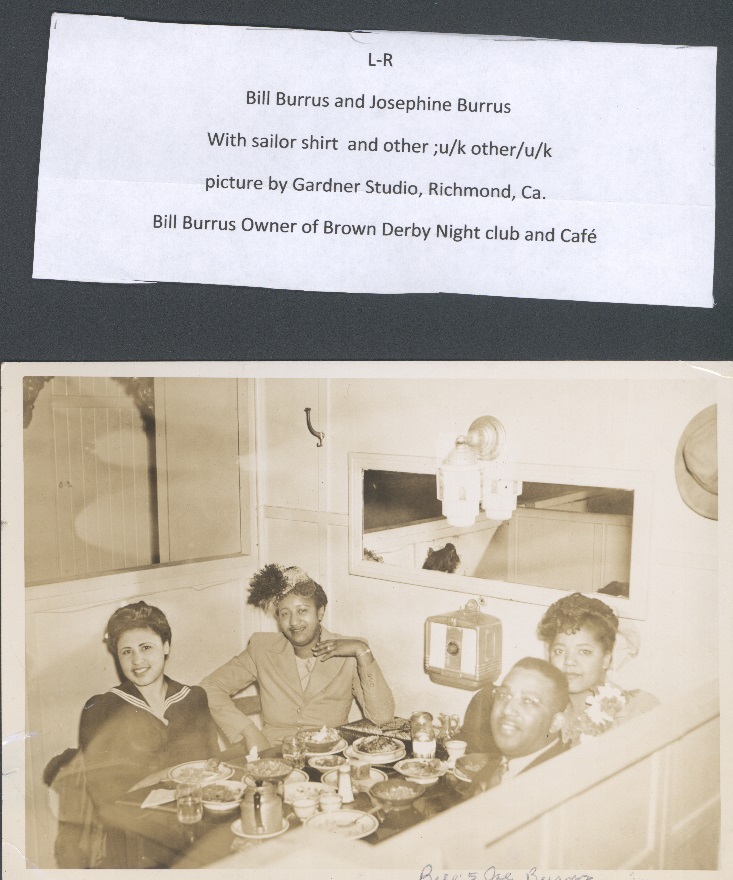 What do you know about the Blues Clubs that used to exist in North Richmond?

The Richmond Museum of History staff is conducting research on the blues clubs that existed in North Richmond during the 1940s and 1950s. Unfortunately, the museum collection includes only scant about this fascinating and important time of Richmond history. So, we are asking members of our community to come forth with anecdotes, photographs, and artifacts/memorabilia related to the blues scene in Richmond.

Don?t know much about North Richmond Blues Clubs? Check out this video in the Exploration of our History series by filmmaker Doug Harris: https://www.youtube.com/watch?v=NUG3NgyML74.

Minnie Lou?s, Jazzland Records, Do Drop Inn, Fred?s Place, Brown Derby, Tapper?s Inn, and Club Savoy are just a few of the blues clubs we want to learn more about! If you have information about any of these businesses or other blues clubs in Richmond, please call museum staff at (510) 235-7387.

When the SS Red Oak Victory was launched on November 9th, 1944 in the Kaiser Permanente shipyard, she was the 558th ship built in Richmond California for World War II. The SS Red Oak Victory carried ammunition throughout the Pacific Theatre during the last year of the war.

In the mid-1990s, the SS Red Oak Victory was identified as one of the best-preserved ships from the Kaiser Richmond shipyard in the reserve fleet with the potential to become a floating museum. The Richmond Museum Association enlisted the help of Congressman George Miller, who wrote the conveyance language and added it to the Coast Guard Authorization Act of 1996.

The SS Red Oak Victory is still being restored and recently had hull work completed in dry dock. The all-volunteer crew continues to work toward lighting the engines for the first time since 1968. When the ship is fully functional, the Richmond Museum Association hopes to take cruises around the San Francisco Bay and sail to Normandy for the 75th anniversary of the D-Day invasion in 2019.

March 3rd to May 26th, 1945 ? Ammunition replenishment of numerous Allied vessels of the Pacific Fleet.

May 8th, 1945 ? Germany Surrenders, Hostilities in the European Theater of Operations is over.

September 2nd, 1945 ? Japan unconditionally surrenders, Hostilities in the China, Burma, India Theater of Operations is over. World War Two is officially over.

May 29th to June 27th, 1947 ? Sub-leased to Alaska Steamship Company. Records indicate a voyage from Portland, Oregon to Anchorage, Alaska to Seattle, Washington with Captain Henry Burns as Master.

February 10th, 1950 to May 5th, 1951 ? Records indicate Military cargo voyages in support of the Korean Conflict, but NO DATA available. Ships Master unknown.

September 20th, 1998 ? Relocated to the shipyard area in Richmond, California that originally built SS RED OAK VICTORY to be restored to operation.